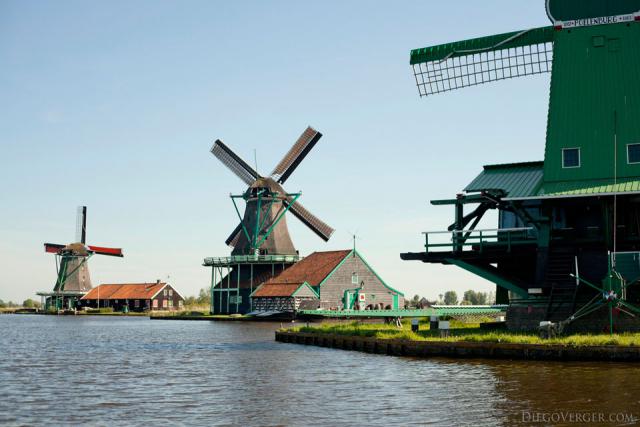 The traditional Dutch windmills have been placed along the bank of the Zaan River. All of these windmills are not only a tourist attraction, but are actually functional and each of them processes specific raw materials, such as pigments, spices or wood.

All the houses, stores and windmills have been transferred from various parts of the Zaan region to create Zaanse Schans in the 1960s, with authentic buildings. 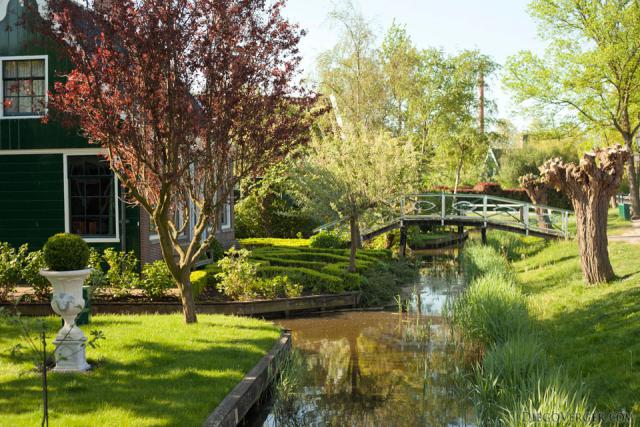 From the cheese and chocolate factories to the clog workshop, most stores in Zaanse Schans allow not only acquiring various artisan products but also seeing demonstrations, such as how clogs ("klompen") are made. 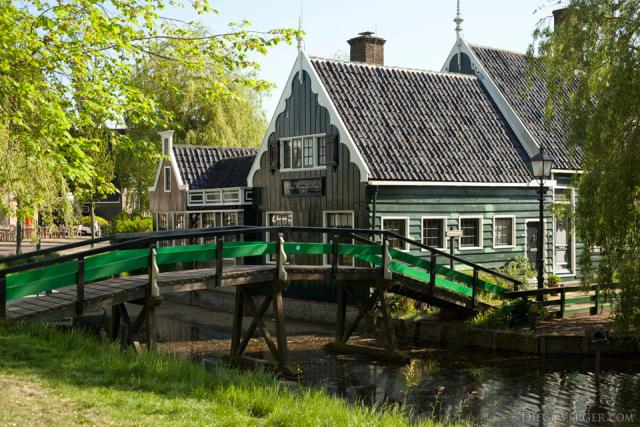 On the left, the sawmill Gekroonde Poelenburg from 1867, which proceeds from Koog aan de Zaan, to the southwest of Zaanse Schans. In the background, the windmill in the center of the picture is known as De Kat (the Cat), and was built in 1664. This windmill is a "Verfmolen", or paint mill, which grinds pigments for the manufacture of paint. 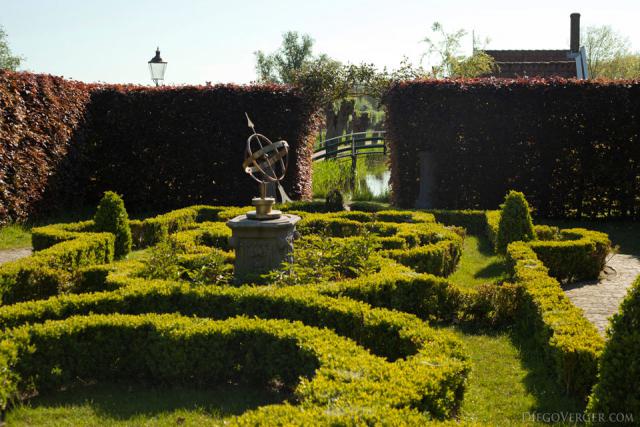 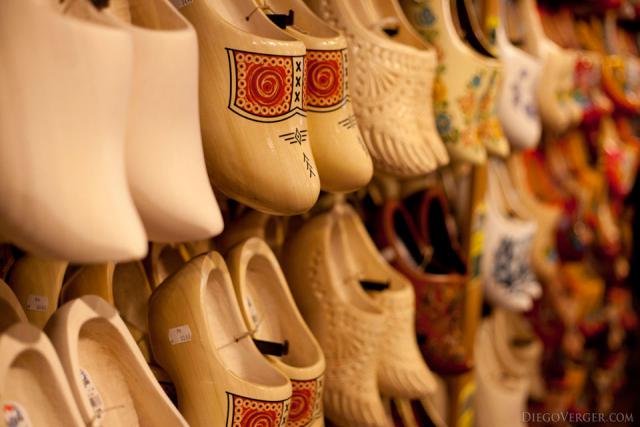 On the right, a German machine that the artisans use to sculpt the external shape of clogs from a wooden block. This is a veritable clogs copier that rotates and carves the wooden bock imitating the shape of any other clog used as a reference model. On the left, a French machine that is used to drill and carve the clog’s interior.

Side view of the machinery used to manufacture clogs

In the German machine on the right you can see a clog just "copied". The next step will be to drill the interior with the French machine, and then the artisan must finish carving the piece by hand, and let the wood dry, which exudes water, before painting it or adding external details. 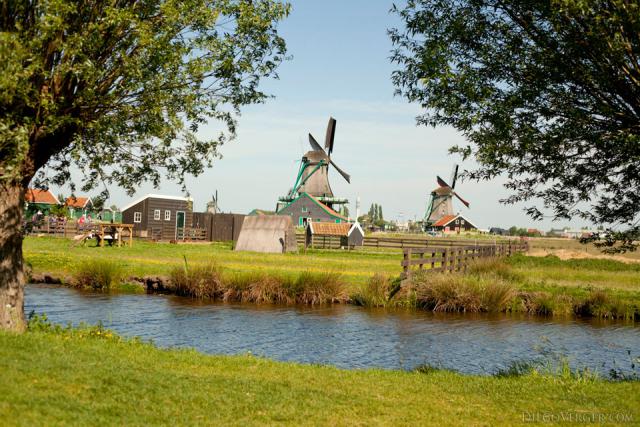 A canal and the windmills De Kat and De Zoeker.

Sheep grazing in one of the meadows of Zaanse Schans

Zaanse Schans is no place for stress

Duck next to a canal and houses of Zaanse Schans

And tools to carve and sculpt clogs.

The walls and ceiling of the clog workshop is covered with clog models of all kinds.

Clogs for walking on ice used by fishermen

Next to the Zaanse Schans clogs workshop.

Clogs for horses and for working on the fields

Clogs made by the French artisan Pascal Jusot

The windmill in Zaanse Schans used to process spices.

Sheep grazing next to a canal in Zaanse Schans

Canals and access bridges to some buildings in Zaanse Schans

Three of the windmills of Zaanse Schans 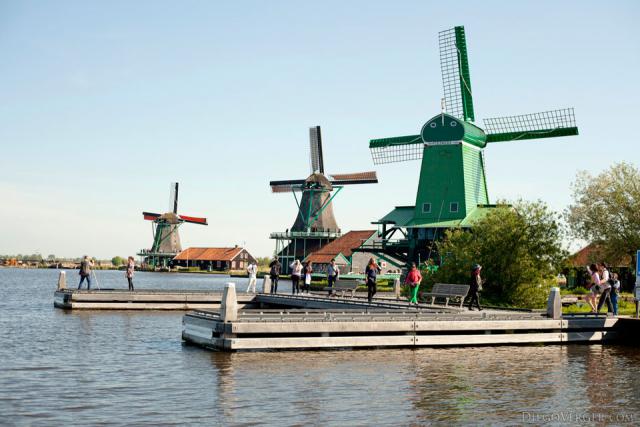 From right to left: De Gekroonde Poelenburg, De Kat and De Zoeker. The latter is an oil mill transferred to Zaanse Schans in 1968.