Detail of the west towers of Westminster Abbey 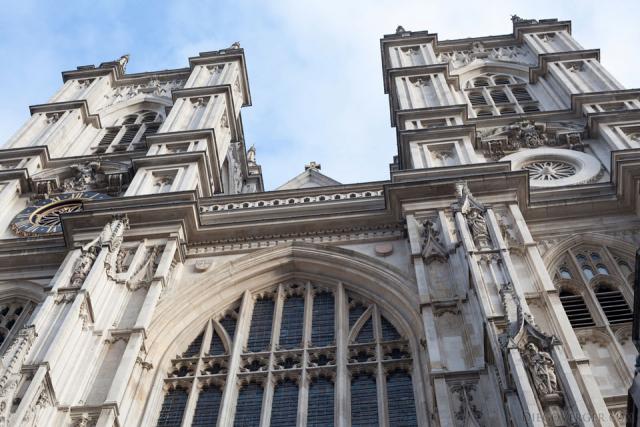 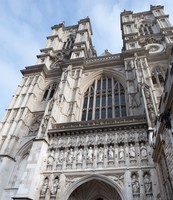 The arcades of this Gothic cloister, in a great conservation state. Most of the current structure dates from 1245; therefore it requires a regular evaluation and conservation work by experts on the time period, in order to keep it in an optimal state, while preserving its original aspect as much as possible.

Double door to the Pyx Chamber

This door communicates the cloister with the Pyx Chamber, a chapel and treasure room dating from the year 1070.

Altar of the Pyx Chamber

This chapel is one of the most ancient buildings at the Westminster Abbey complex; the chamber itself was built in the 11th century, and the stone altar dates from the 13th century. 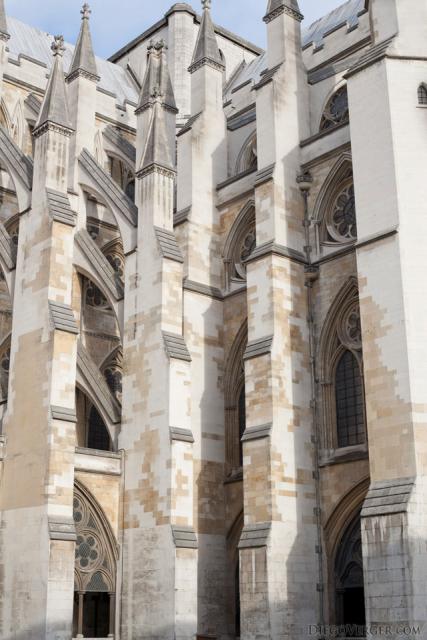 Cloister garth of the abbey

Fountain of the Little Cloister garden

The "Little Cloister" is communicated with the main cloister garth by means of a corridor where Britain’s oldest door still stands.

This door is estimated to date from the 1050s.

Exterior view of the arcades of the Westminster Abbey cloister

Exterior view of the arcades of the Westminster Abbey cloister

Westminster Abbey's south tower as seen from the cloister

Westminster Abbey’s south tower as seen from the cloister

Commemorative tombs of notable personalities in the history of Great Britain.

There is a great variety of bird species to be found in St James’s Park, located near Westminster Abbey, on the way to Buckingham Palace.

Duck Island Cottage next to the lake in St James's Park 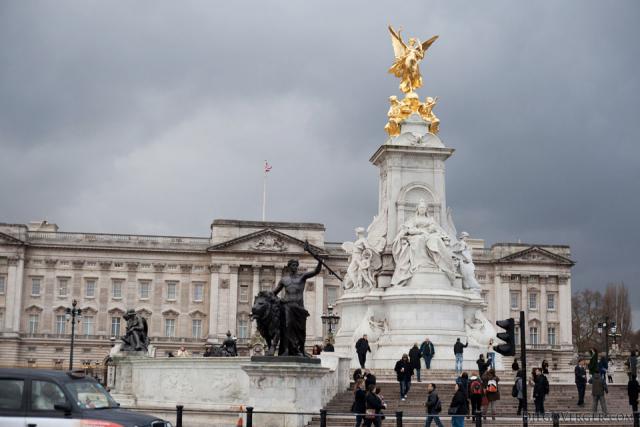