A street and the façades of the buildings of Pisa along the Arno River.

The Arno through Pisa 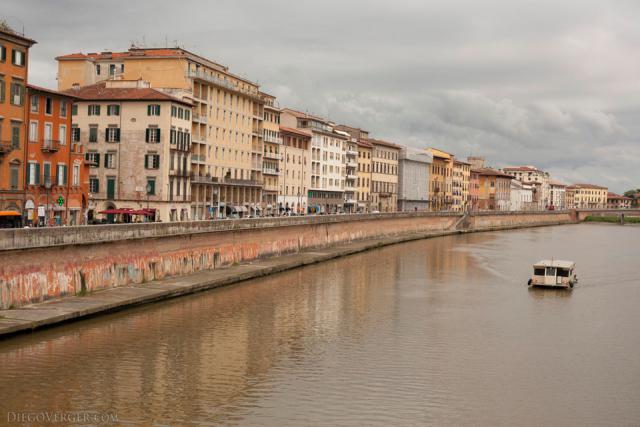 This space is the headquarters of the "Scuola Normale Superiore", a university institute. On the right, the Church of Santo Stefano dei Cavalieri.

The church Saint Stephen of the Knights from 1569.

The white lozenge shapes on the building windows are part of the preparations for the "Luminara di San Ranieri", a celebrattion in which the city buildings and monuments are decorated with lights to be lighted in February, two weeks after the Republic Day.

Façade of the church of Santa Maria della Spina 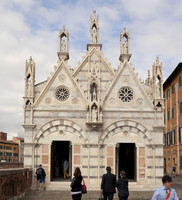 A Romanesque-Gothic church from 1230 on the bank of the Arno, near Solferino bridge. 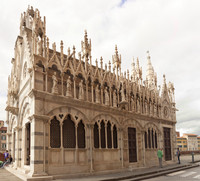 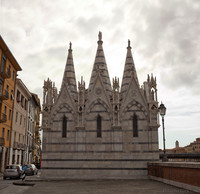 The back façade of this Gothic church lined with the characteristic polychrome marble, and three pointed arches crowned by gables.

Side façade of the F. Russoli Art Institute 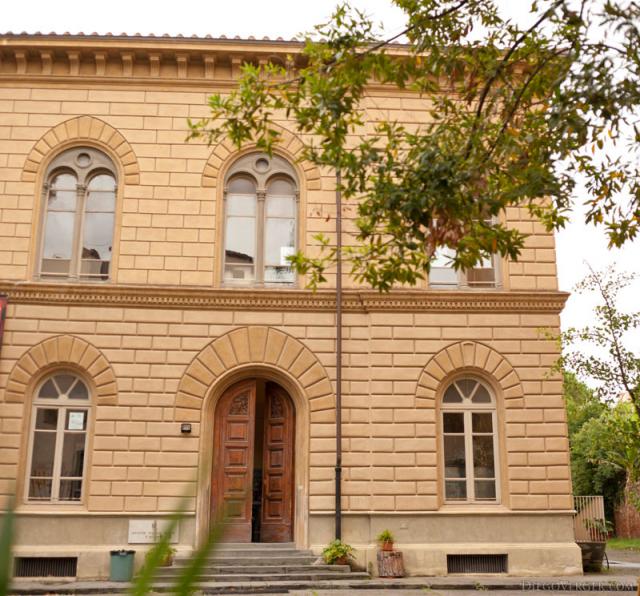 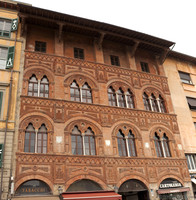 Another historic building of Pisa on the shores of the Arno, on Lungarno Pacinotti street. This building, which nowadays corresponds to the facilities of Caffè dell’Ussero, was the headquarters of Cinema Lumière (1899), a pioneer establishment of cinema in Italy; it was also the location of the First Italian Scientists’ Congress (1839); and during the 18th century it would have been an inn, where personalities such as Giacomo Casanova or Carlo Goldoni stayed for a time.

Detail of the façade of Palazzo Agostini

Statue of Giuseppe Garibaldi in Piazza Garibaldi of Pisa

The Clock Tower of Palazzo Pretorio

Pretorio Palace is a work started in the 18th century by the Pisan architect Alessandro Gherardesca, and is one of the architectural structures in the city that was damaged during World War II, and had to be reconstructed, thereby modifying its original design. 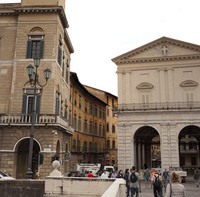 A square next to Palazzo Pretorio as seen from the Di Mezzo Bridge, which connects it with Piazza Garibaldi, on the other side of the Arno.

One of the streets of Pisa in the Santa Maria quarter 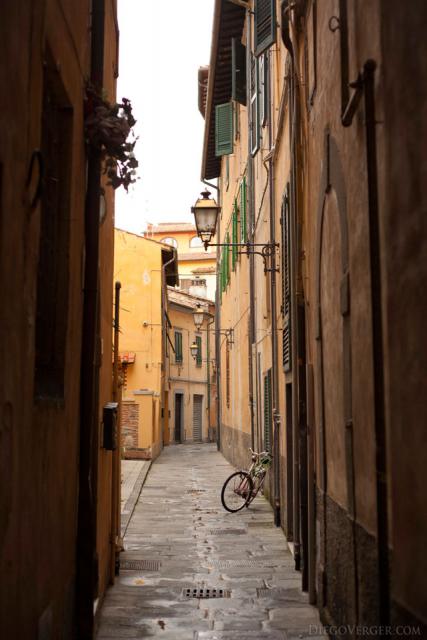 A center for art exhibitions and cultural events in the center of Pisa, also on the banks of the Arno.

Detail of the façade of Santa Maria della Spina

Statue of the Virgin and Child inside Santa Maria della Spina

The Clock Palace of 1607, a work by Giorgio Vasari, which incorporated in its structure a previous medieval tower known as the Tower of Hunger. This tower was located on the right part of the building in the photo, and the name is due to the fact that in 1289 it was used to lock up count Ugolino della Gherardesca, who was accused of treason and condemned to death by starvation.

Intrados of the arch of Palazzo dell'Orologio

Panorama of the frescoes of the arch of Palazzo dell'Orologio 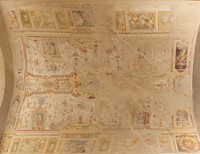 Panoramic photo of the building of Scuola Normale Superiore of Pisa

Façade of the church of Santo Stefano dei Cavalieri of Pisa 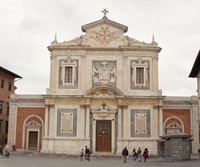 The eight-pointed Maltese cross stands out on the summit, on top of the support representing six mountains, and on various parts of the façade. This variety is also known as the cross of the eight Beatitudes, and is used in the coat of arms of the Order of Saint Stephen, funded by Cosimo I de’ Medici, whose statue can be seen in a later photo of this square. Below the pediment on the main entrance there is an inscription that reads "In hoc signo vinces," a Latin phrase derived from the Greek "ἐν τούτῳ νίκα" (In this sign you will conquer/vanquish/overpower), which is attributed to a vision of emperor Constantine I. 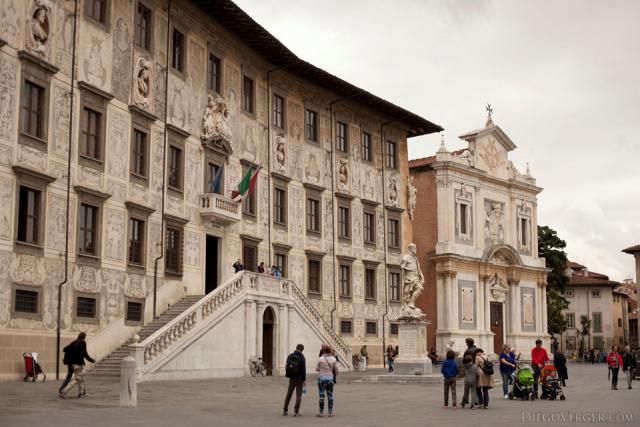 Detail of the façade of Scuola Normale Superiore of Pisa

Statue of the Duke Cosimo I de' Medici

Statue of the founder of the Catholic military order of Saint Stephen in 1561, approved by Pope Pius IV (Giovanni Angelo Medici).

One of the roads to reach Knights Square ("Piazza dei Cavalieri") from the Square of Miracles ("Piazza dei Miracoli"), or vice-versa; by following this path you can also find the ancient church of San Sisto on the way, which I will include in the gallery Pisa in Infrared.

The Archiepiscopal Palace of Pisa, near Piazza dei Miracoli.

Courtyard gallery of the Archiepiscopal Palace

Panoramic view of the courtyard of Palazzo dell'Arcivescovado

Part of the wall south of the Arno, whose construction begins in 1155 as part of the defenses of the Republic of Pisa.

Façade of the church of San Michele in Borgo of Pisa

This predominantly Romanesque church is located near Garibaldi square, and its initial construction dates from the year 1016, when it replaces an ancient temple dedicated to Mars. Along the centuries it was modified until it was completed in the 17th century, although it had to be partially reconstructed due to the damages suffered during World War II.

Central portal of the Church of San Michele in Borgo 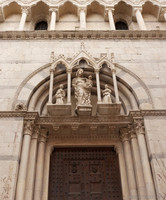 Work entitled "The Virgin and Child" by the artist Lupo di Francesco, who also took part as architect in the works of the Pisa Cathedral.

Door of the Church of San Michele in Borgo of Pisa

On the left, the Clock Palace ("Palazzo dell’Orologio"); and on the right, the Scuola Normale Superiore. 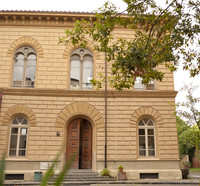