The "Museu d’Història de Girona" is located in carrer de la Força, 27, near the Jewish History Museum. Besides the several pieces shown along the tour throughout several centuries of the city’s history, the museum facilities are of archaeological interest since they are located on the site of the ancient monastery of Capuchin friars of Sant Antoni (Saint Anthony) from the 18th century, and has accessible areas such as the winery cellar of 1753, the cistern from before 1762, or the cemetery of the Capuchin friars, also from 1753.

Mosaic of the Roman villa of Can Pau Birol 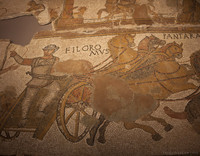 Archaeological finding discovered in 1876. This polychrome mosaic was part of the Roman circus in the villa of Can Pau Birol, established in the outskirts of the Roman Gerunda in the 3rd century. In the section of the mosaic shown in the picture, you can see the name of the victor of a race immortalized as Filoromus, as well as his horse, Pantaracus.

Detail of the Roman mosaic from Can Pau Birol 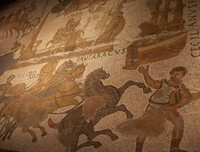 These mosaics represent various scenes of the Roman circuses. On the lower left of the photo, you can see a character that represents a "sparsor", the people responsible for cooling the wheel shafts in the chariots during the equestrian races of Roman circuses.

Roman milestone from the year 238

Copy of the stone block used in one of the roads in Sarrià de Ter, just north of Girona. The museum has determined that it corresponded to emperor Verus Maximinus.

Pavement mosaic from the Roman villa of Can Pau Birol

Reproduction of a sarcophagus relief dating from the 4th century (315-335 AD).

Detail of the high relief of a sarcophagus

These reliefs used to depict mythological or biblical scenes, or sometimes scenes of daily life, according to the beliefs of the deceased.

The lioness of Girona 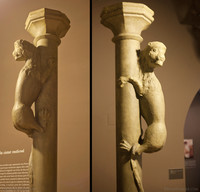 Column with the sculpture known as the lioness of Girona, which would have belonged to a stately building in the burg of Sant Feliu. Just as the one located next to the Sant Feliu basilica, this is a reproduction, while the original is in the Girona Art Museum. 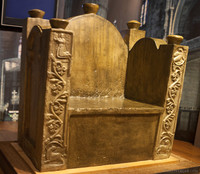 Copy of the episcopal chair of Girona used since the 11th century. 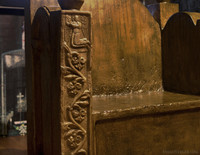 The one considered the original is located in the Girona Cathedral. In the Temps de Flors gallery you can see a photo of it, decorated during the flower festival.

Wax seal of royal parchment from the 14th century

"Virgin with the Child," a polychrome wooden sculpture from the 14th century.

Battle drums from the Spanish War of Independence

Rifles of the Spanish War of Independence

Detail of rifles of the Spanish War of Independence

Detail of bayonets and the hammer mechanism in a rifle.

Rifles and tabor of the Spanish War of Independence

Siege scene at the wall of Girona

Partial view of the sculptural model made by Josep Traité i Compte including scenes of the "Guerra del Francès" (War of the Frenchman, Peninsular War or Spanish War of Independence).

Partial view of the Siege Scene in the walls of Girona

Another part of the same work, where you can see a depiction of the Sant Feliu basilica in the background.

Detail of Narcla motorcycle of 1960

Narcla was a Catalan company based in Girona.

The first radio transmitter in Girona was inaugurated in 1933. 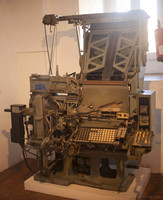 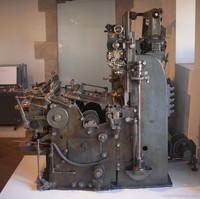 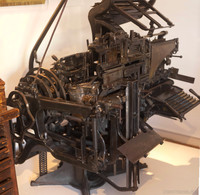 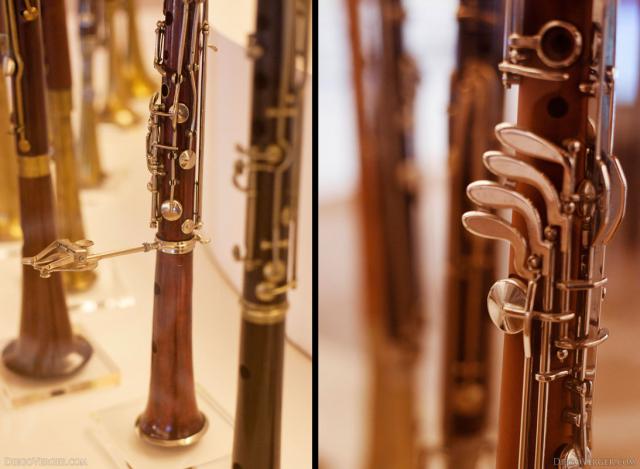 On the left, a tible. On the right, detail of a tenora. The Girona City History Museum has dedicated an entire section to the musical instruments used in the Sardana, a typical Catalan dance.

Tabors in the City History Museum

Another instrument used in the cobla. 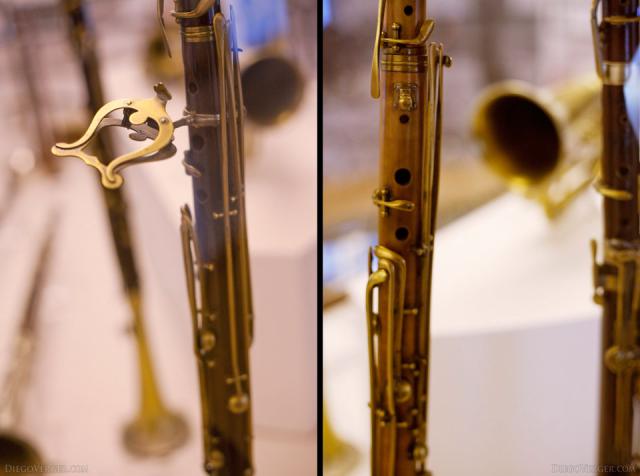 Mosaic of the Roman villa of Can Pau Birol

Detail of the Roman mosaic from Can Pau Birol

Roman milestone from the year 238

Pavement mosaic from the Roman villa of Can Pau Birol

Detail of the high relief of a sarcophagus

The lioness of Girona