Published: September 13, 2017
Also available in:
This museum has collected documents and pieces from several centuries related to the Jewish community since the medieval Girona, a city from then referred to as a "mother city of Israel", due to the influence of this community in various fields of knowledge.

The "Museu d’Història dels Jueus" is located in the same site as the last synagogue of Girona until 1942, currently at Carrer de la Força, 8, near the Girona City History Museum. 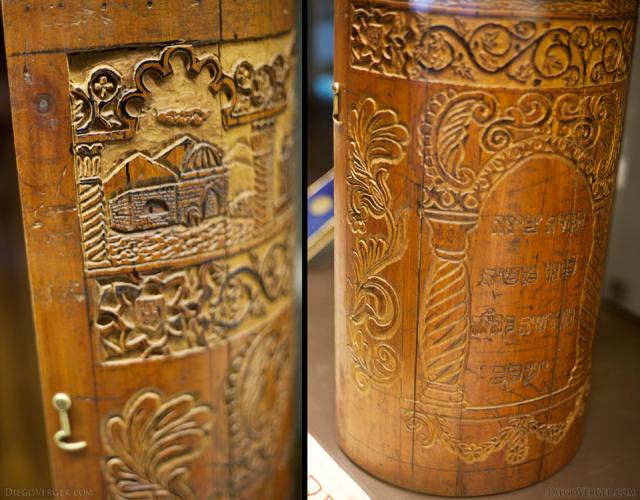 Carved wood from the 19th century originally from Jerusalem. 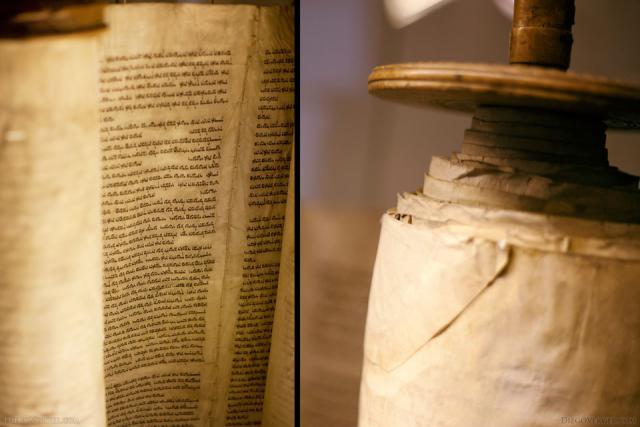 Book of the Law scroll from the 19th century, proceeding from Germany. 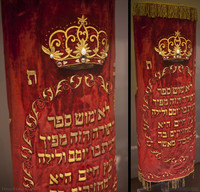 Sefer Torah ornament, made of alpaca and silver, from the 19th century. 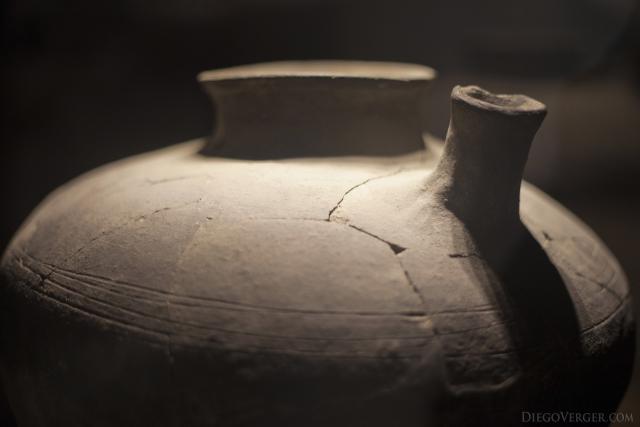 Scroll from the 18th century.

Felt reproductions made according to medieval manuscripts.

A work of Moses Arragel de Guadalajara, commissioned by the Grand Master of the Order of Calatrava. 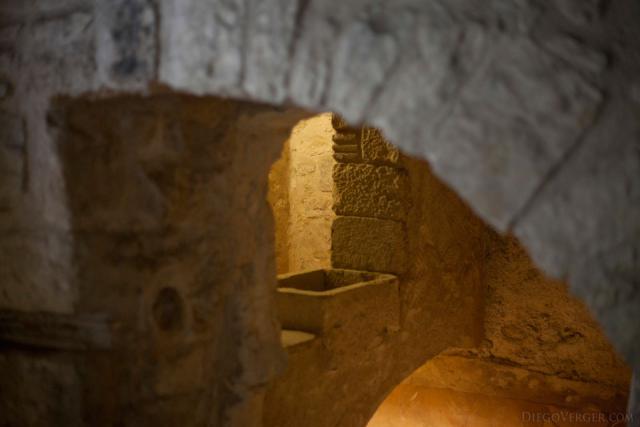 Women’s ritual bath, vestige of the last medieval Synagogue in the city, from 1435.

One of the least macabre instruments among those used by the Inquisition, exhibited at the Jewish History Museum.

Detail of an Inquisition pillory

Hebrew manuscript with Kabbalistic inscriptions for the invocation of protective angels

Scroll from the 17th century.

The Kabbalah: Secret Tradition of the West

A book by Gérard Encausse, 1903 edition printed in Paris. The page on the right shows the Tree of Life of the Kabbalah, according to Kircher.

The book entitled "The Law of Man" by the Rabbi Moses ben Nahman. Printed in Venice in 1595.

Document of the expulsion of the Jews from Girona 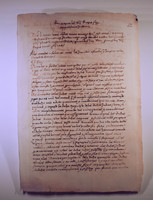 Also known as Nachmanides (1194-1270). Depiction of a menorah and leaves motifs.

Commemorative plaque of the voyages of discovery

Commemorative plaque of Rabbi Abraham Zacuto, Joseph Vecinho, and Jacob Corsino, "Eminent Jewish men of Science who contributed to the Voyages of Discovery."

The excavations at the Bonastruc ça Porta Center indicate that this house caught fire and was later integrated as part of the Synagogue until 1492. 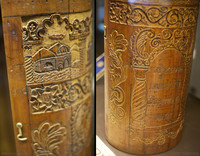