Costa del Sol extends along the southern coastline of the province of Malaga, in the region of Andalusia. This is a photo of Fuengirola, one of the most prominent towns in Costa del Sol, which during summer months usually triples its population size.

The Nerja coastline to the west of the "Balcony of Europe."

A marina southwest of downtown Marbella.

Nerja is located in the northeast end of Costa del Sol, next to Maro, the adjacent town closest to the Caves of Nerja, the "prehistoric" cavern.

The city of Fuengirola has no less than 8 kilometers (5 miles) of beaches, and its own marina; various maritime activities are carried out all year round thanks to the excellent weather conditions in the area. It is 45 minutes from Malaga and about 90 minutes from Gibraltar.

The Avenue of the Sea links park Alameda with Marbella’s seafront promenade. Along this street there are several sculptures by Salvador Dalí and Eduardo Soriano. On the left, a detail of the fountain-pyramid in the center of this open air exhibition.

The cliff and beach below the Balcony of Europe.

The statue of the king who named this viewpoint as the "Balcony of Europe" when visiting Nerja in 1885.

"Don Quijote sentado" and "Hombre sobre delfín" by Salvador Dalí, and the Freedom of Expression Monument by Eduardo Soriano. 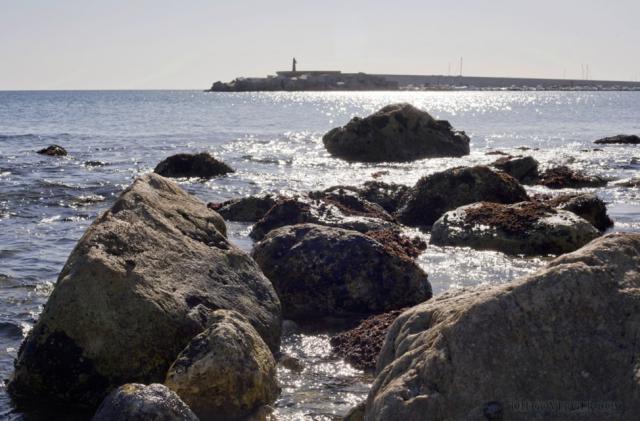 This diffusing system reduces the intensity of the sun rays in some streets of Nerja, at the same time it conveys a distinctive appearance.

The largest city in Costa del Sol. The Malaga gallery includes panoramic views of the city and some sites of interest such as the Gibalfaro Castle, the Alcazaba citadel and the Malaga Cathedral.