Published: September 16, 2017
Also available in:
The ”Museu del Cinema” in Girona takes you on a journey through various milestones in the development of cinema, from the pre-cinema era, and includes an extensive collection of more than 8 thousand pieces, encompassing historic devices and accessories; hundreds of movies, books and magazines; as well as thousands of documents, which are available at the museum’s library.

Projector used at the Albéniz Cinema-Theater in Girona between 1930 and 1970.

On the left, a "magic" stereoscope by Negretti and Zambra from the second half of the 19th century. On the right, you can see a viewer by American Lens from 1874. 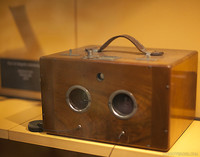 This camera allowed to take two pictures with a slightly different angle, to simulate the three-dimensional visual effect when observed using the stereoscopic viewers shown in the previous image.

This is a model manufactured by Eugène Derogy’s company, which the museum has dated between 1860 and 1900. This company specialized in optic devices and use to be located next to the Seine, in the Île de la Cité, Paris, near the Notre-Dame Cathedral. 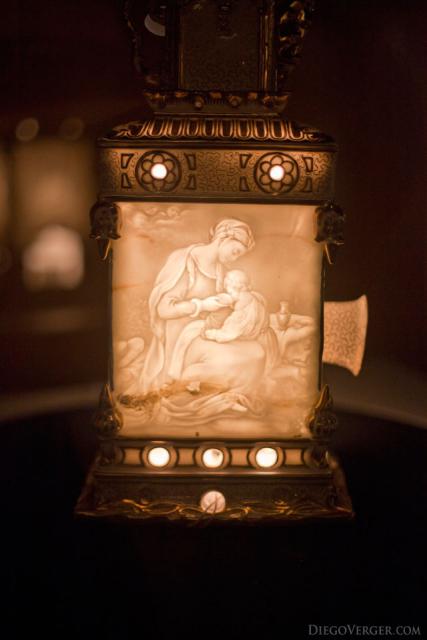 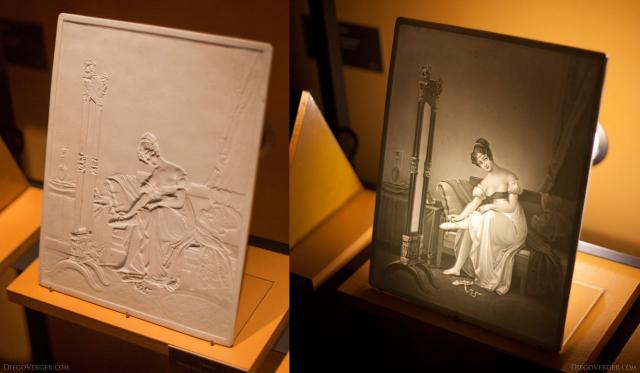 On the left photo you can see the reliefs on the porcelain piece illuminated with a top front light source. On the right, when lighting the piece against the light, you can appreciate the intended visual effect, in which the thinner areas of the porcelain are seen lighter, and the thicker ones are darker, creating an image with various gradients.

The Film Museum in Girona has a movie posters gallery where you can see the evolution of these promotional materials throughout several centuries of cinema.

Barrel organ from the 1780s

This instrument was used by the travelling lanternists to accompany the magic lantern projections and enhance their shows.

Cosmorama from the 19th century 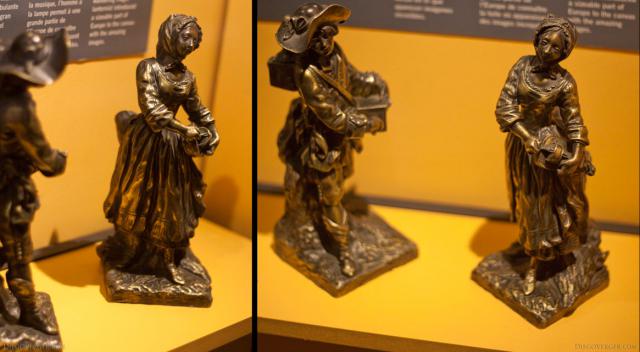 Lithophane of Thisbe from the 19th century 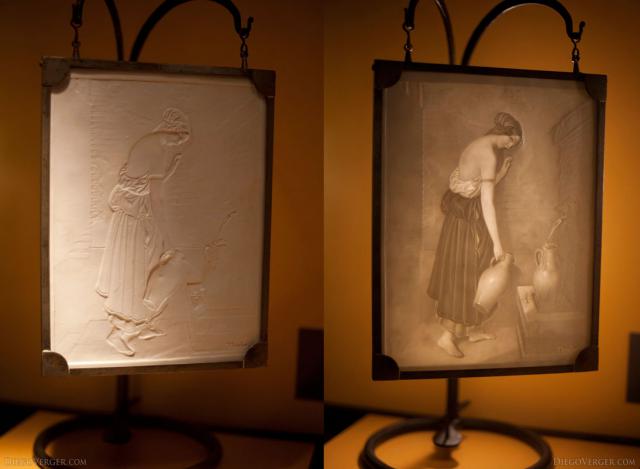 Besides the interesting visual effect produced by the translucency, the artistic work to create the reliefs in the porcelain from moulds, and generate very accurate gradients and believable scenes, is remarkable. 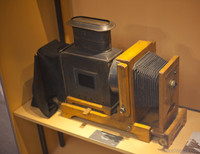 On the right, an autochrome from 1902. On the left, a daguerreotype dating from between 1840 and 1860. For this technique, invented by Louis-Jacques-Mandé Daguerre, a metallic support and silver salts were used, and it initially required extended exposure times to be completed, usually over 10 minute exposures, which would have certainly generated severe contractures in any person attempting a selfie in those times. 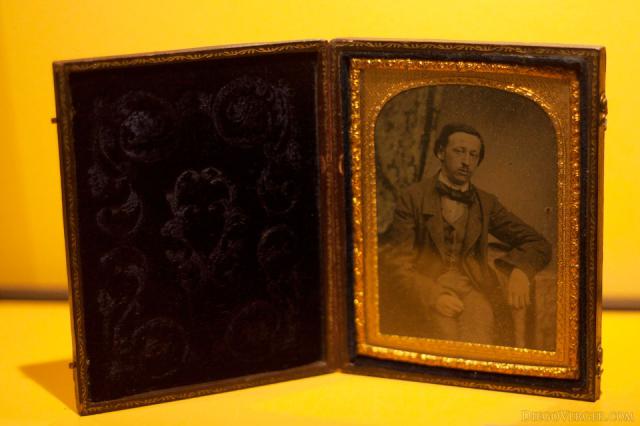 An 1880 camera manufactured by Voigtländer.

Manufactured by the Italian company of Luigi Piseroni and Ottorino Mondini, Piseroni & Mondini.

Another camera manufactured by Eugène Derogy’s company, in Paris, in this case a portable model.

Pathé film projector from the 1920s

Gramophone of the "His Master’s Voice" brand from 1898.

An invention of Émile Reynaud, precursor of the film projector, that uses a series of mirrors, as seen on the picture in the center of the device, and sequential images around it, which are transilluminated, and through a rotational system it creates the illusion of animation when projecting them on a surface.

Probably inspired by the principle of the camera obscura, this old projector was installed in a room with an exterior opening, and by means of the sunlight it projected a translucent image inside the room, as can been seen on the diagram next to the device.

Detail of an old film projector 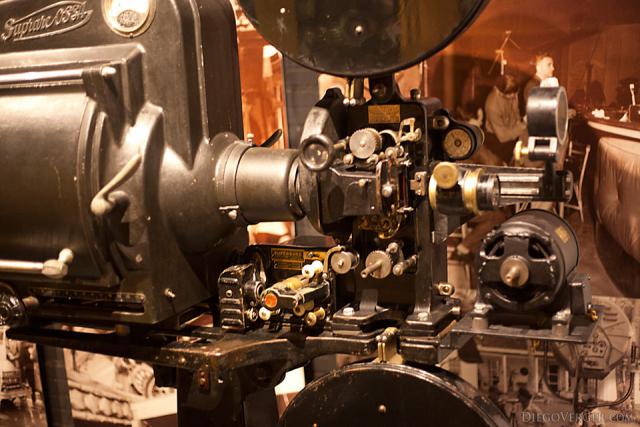